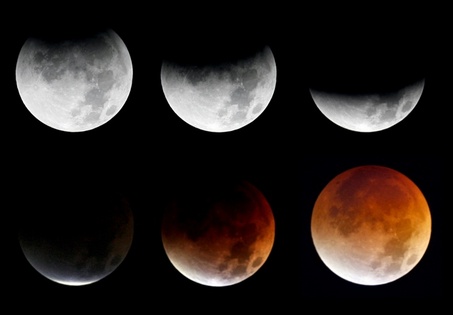 STAFF PHOTO BY MICHAEL DEMOCKER
This morning's total lunar eclipse, shown in a composite of six photographs, was the first visible throughout the United States since October 28, 2004. The moon began to pass through the earth's inner shadow, or umbra, at 3:51 am local time, reaching total eclipse at 4:52 am, at which time the moon took on a vivid, orange-red glow. If you missed this total eclipse, you need only wait until February 21, 2008 for the next one.